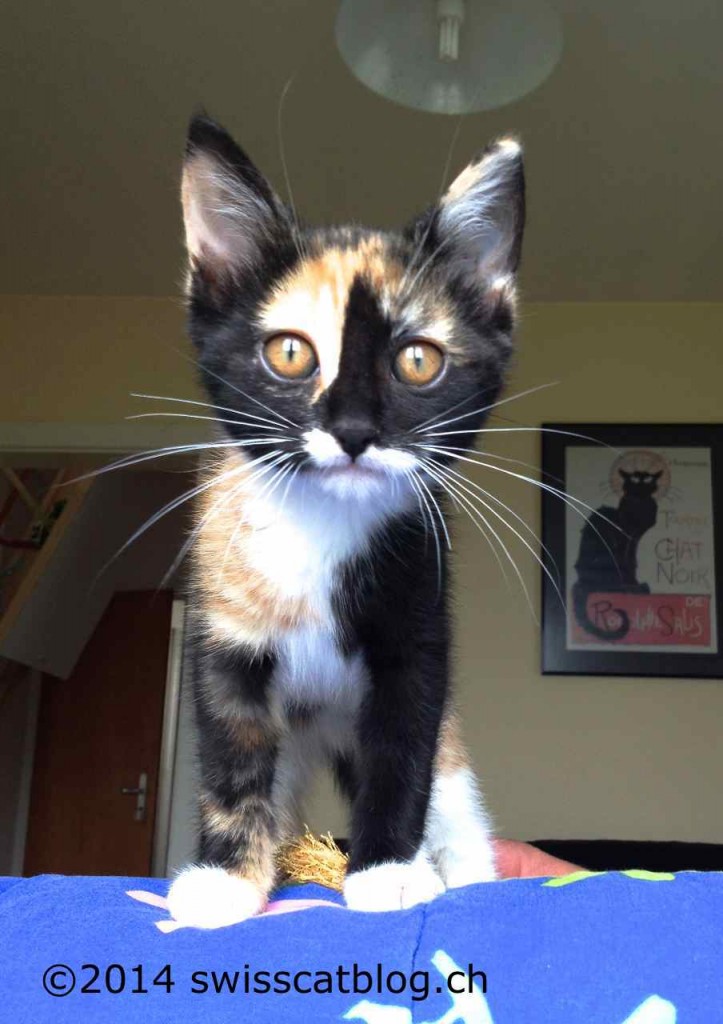 Two days. Two days, it is the time which I needed to melt Zorro.

When I arrived home on Saturday afternoon, Claire and Momo put in me in a room to part and showed me where was my litter box and where was my food. Then, they went out, and left me so that I can become used to my new home. They had read and heard by the tons of contradictory advice on the way of presenting a kitten to a grown-up cat.

Except that me, I was not used to being alone : I always lived with my brothers and sisters, and my four cousins. Then, I cried very hardly, and Claire meant playing with me and cuddling me. Shortly after, Momo also came. At the end of a good moment playing, I fell asleep. In the evening, when I woke up again alone against the cuddly toy Bert (the farting hippopotamus of the TV-series NCIS), I again cried very hardly. 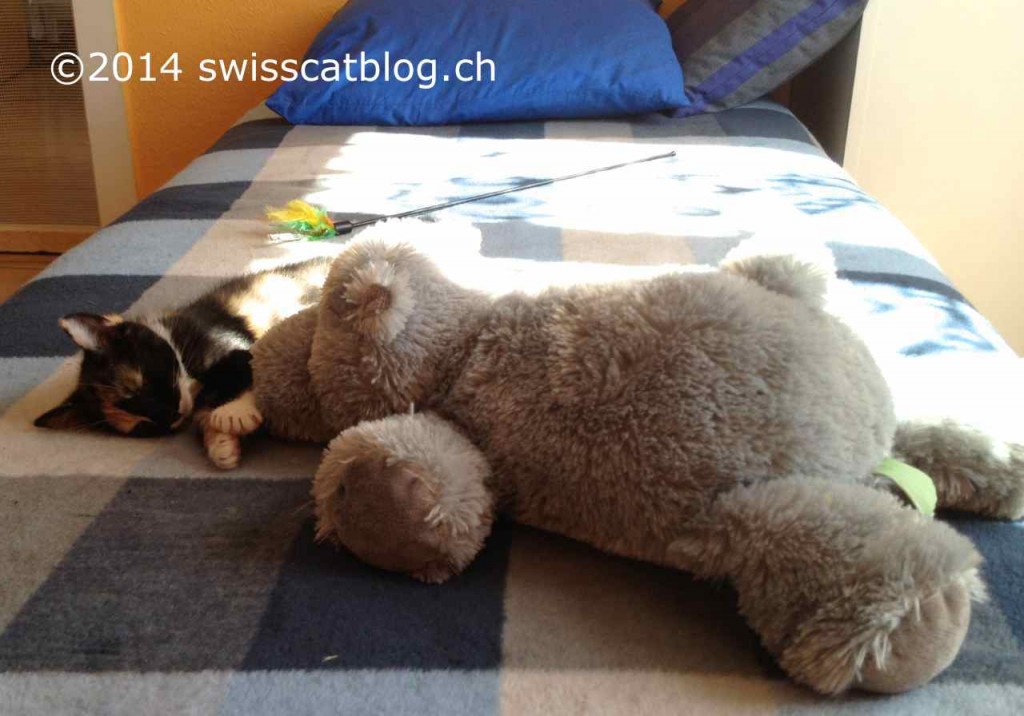 As Claire and Momo entered the room, Zorro followed and also sneaked. He was hardly a little bit nervous, not at all aggressive, but very curious. Friendly curious. My beans chose to let go.
I found that my new older brother was great beautiful ! I wanted at once to go near him, but he hissed all the same if I came closer than 50 cms. Impressed by my excessive cuteness doubtless.

After night without anything particular to indicate, and on common Sunday, a major change occurred on Sunday evening : I peed in the box of Zorro instead of mine because I was in a hurry, and HE SAID NOTHING ! On the contrary, he looked at me, and when I went out, he “cooed” and began to lick me. He rolled about on the side to show me that it was ready to play the pursuit, and that’s it. 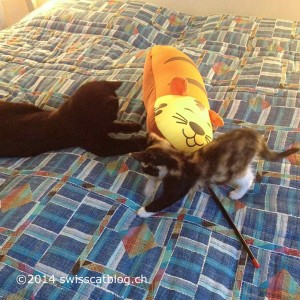 Since this moment, we share boxes and bowls, he calls me by cooing, we play together, and he licks me from time to time.

Claire’s addition : Pixie weighs 900 g and Zorro 4,5 kg : I see that he pays attention, but he pushes her aside all the same a little by playing. If he wants to play “hardly” with a toy and us, he let Pixie understand that she has not her place in this moment of game, and that he will not lend her his toy. It is very interesting to observe.