However strange it can appear, a spayed cat like me can have behavior of tomcat for months, even years later again.

How can this happen ? And what does it mean ? 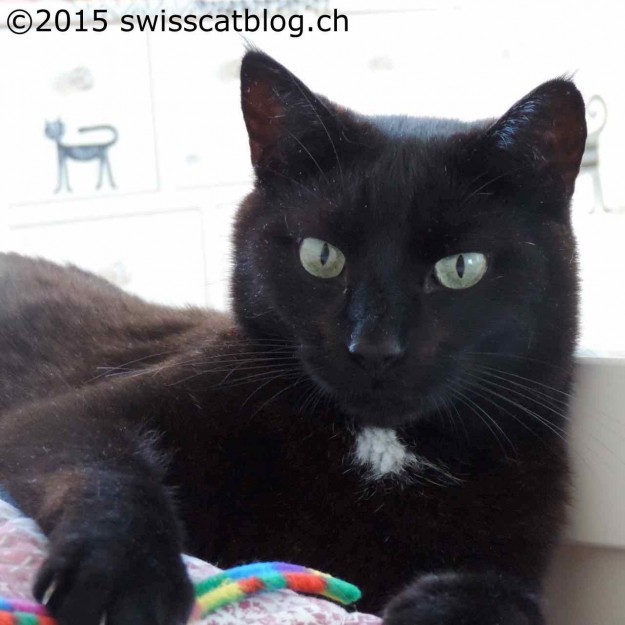 When a male cat is castrated, his rate of testosterone decreases strongly. However, his male side is determined in utero by the foetal testosterone which bathes his brain and makes it more or less masculine. This male side is activated from the adolescence by the production of testosterone. The higher is the rate of foetal testosterone, the more the male character of the cat will be pronounced. After castration, in the lack of testosterone, the male behavior is not deactivated, it’s just less active. Attacks against another cat, dominant behavior (often confused with sexual behavior) or attacks with sexual character can persist.

In my case, I try to show that I’m the boss. My behavior is a dominant behavior. And I insist. Obviously, Claire tells me that it’s not acceptable, and that she’s going to learn me not to do it anymore by fixing me the following rules :

Thus, if I play the bad boy, I lose her attention ; I have to understand that I’m not the boss in the house : but then, who is the boss if it’s not me ?

Claire on the keyboard : evaporations of pheromones can help in this situation ; in certain extremes cases, the cat can even receive injections of hormones to limit this behavior. Zorro did not need it and fast understood what I expected from him.