We had a great surprise last week as our Secret package Paws* arrived ! We were very impatient to know from whom that came, and especially what was inside : this big package, with our name written in big black letters above, came from Tanner and Oliver from Four Crazy Cats.

Claire let us open it at once : there was a letter and several packages wrapped in a pretty paper. 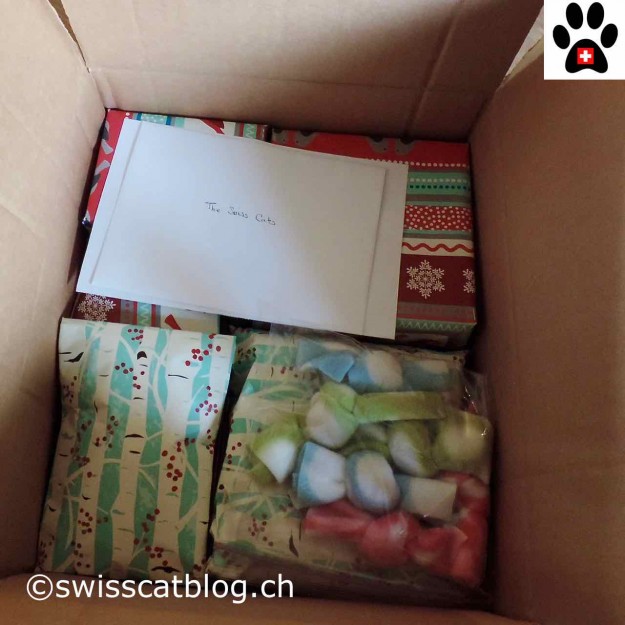 I inspected the box at once, and there was even some brown wrapping paper to be ripped ! 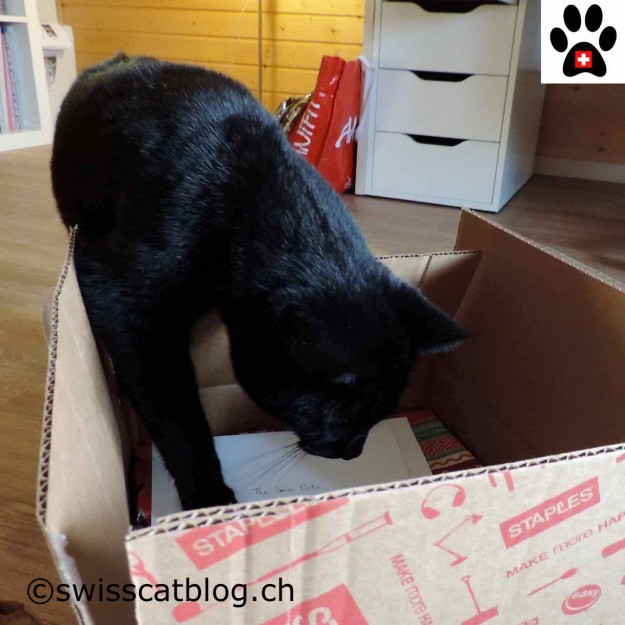 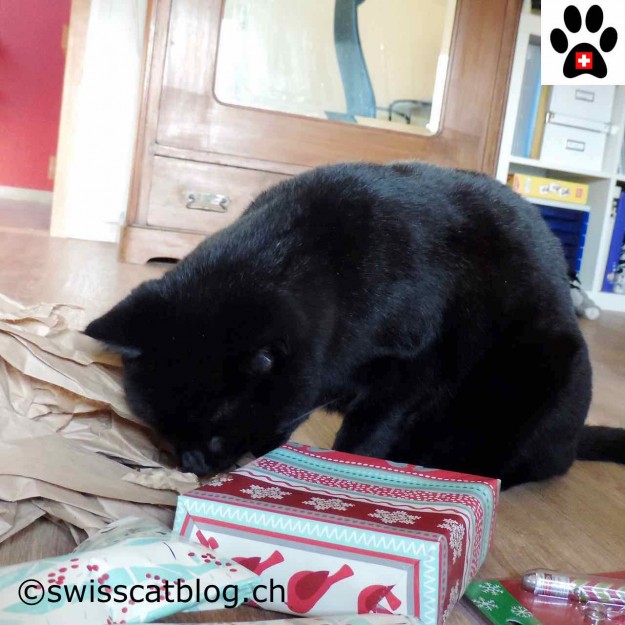 Pixie came to help me to unpack the presents : we have been spoiled ! We received many toys, an igloo, treats, laser, and Claire also received treats. The small knots on the left of the photo were made by Suzanne herself, Tanner’s and Oliver’s human. 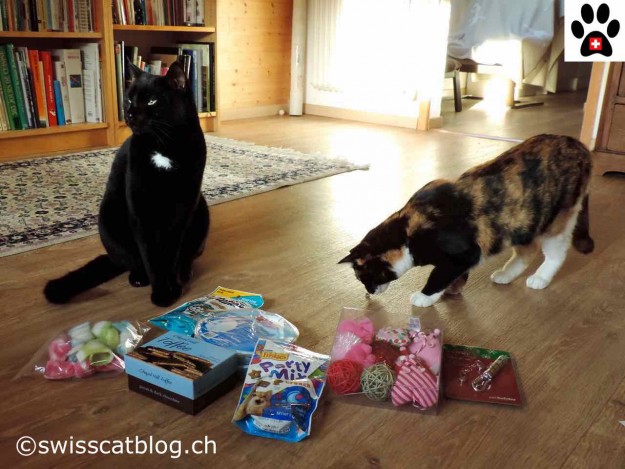 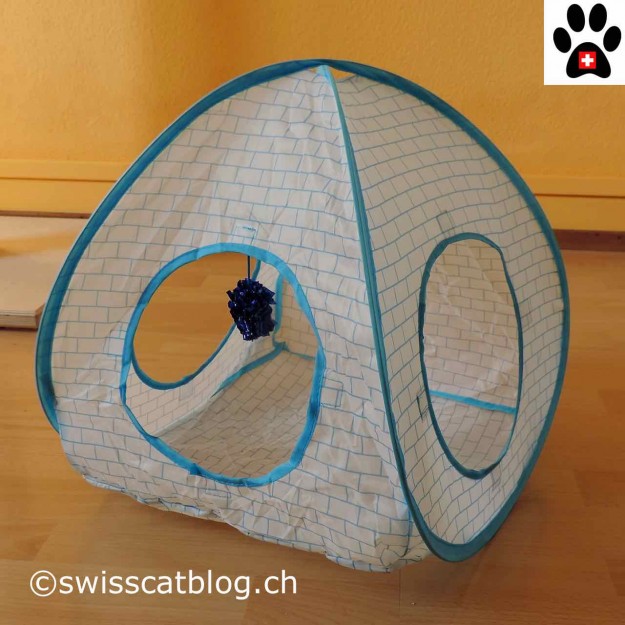 Pixie was happy : there were even super girly toys ! (That will not prevent me from playing with : real guys love pink as it’s said !) 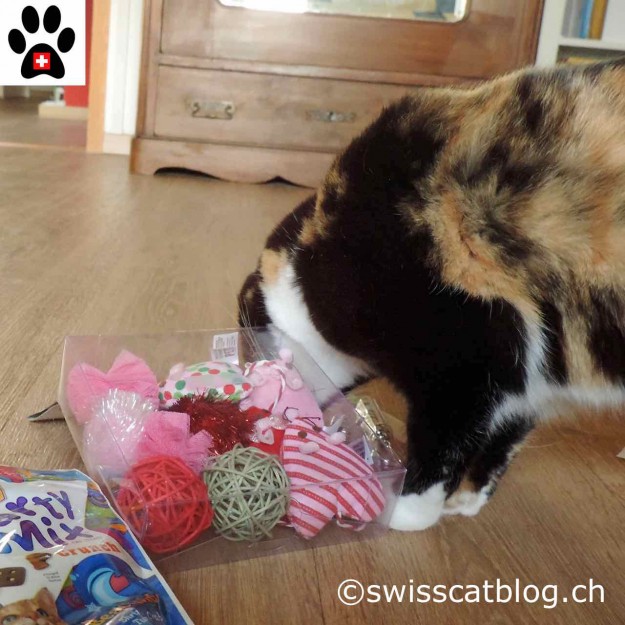 Thank you very much Tanner, Oliver, and Suzanne for all these wonderful presents !

22 thoughts on “Our Secret Paws package has arrived !”