PIXIE : Grandpa, Claire’s dad, came yesterday to celebrate his birthday at home. Zorro came to say hello to him, got petted, remained in the lounge with the humans, in brief, a perfect host. I did not even come to say hello. I crossed just once the lounge to show him that I was there, then I left in another room. I reappeared only when he had left. Claire says that I am a small savage, and she’s maybe right.

To feel at ease with humans other than his owns (or other animals), a kitten must be friendly manipulated by a maximum number of people (adults and children). Frequent different experiences, of moderate intensity, and not traumatizing, will help him to dread serenely the novelties that he will meet afterward.

This phase of socialization is short (as soon as the kitten opens eyes, between his second and his fifth week of life approximately) ; it’s there that the kitten is going to learn to communicate with the world which surrounds him and to react to new experiences. It’s during this period that it’s the easiest to accustom him to car trips and to his PTU by making him frequently do short trips.

But then, with a grown-up cat, how can it be done ? 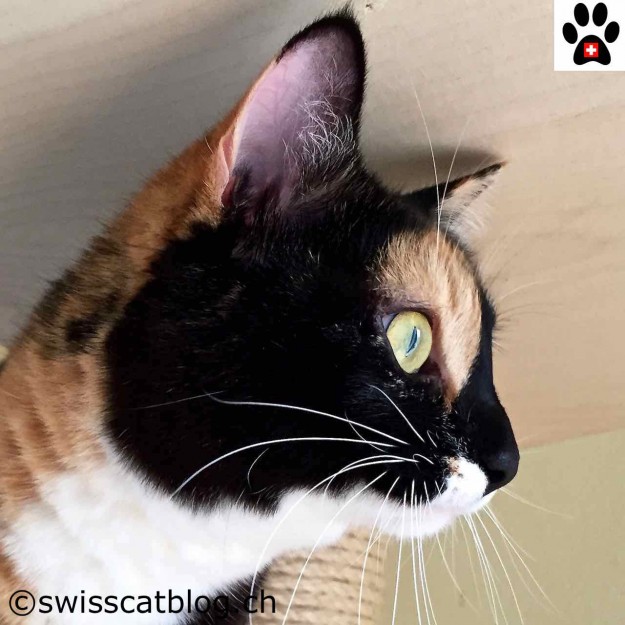 All is not lost : we can accustom a grown-up cat to be less afraid of the unknowns in his familiar environment, or to live more serenely a transport for example, by confronting him little by little with these situations, daily but briefly, as far as he always feels safe, and as far as he can run away if he wishes.

We often merge “people-friendly” and “social” :
– getting people-friendly, I just spoke about it above : it’s the capacity to become integrated into his environment, to interact with it, and to react serenely to new experiences
– getting social takes place earlier, during the first month of life of the kitten until his third month approximately : it’s the integration of the kitten in the cat society, his capacity to communicate and to react as a cat among other cats, and his knowledge of the rules of feline propriety.

How does it happen with you ? Do you leave hiding UTB at the first ring, or do you come to say hello to the guests and to participate in the conversation ?

48 thoughts on “How to make a cat people-friendly”