Fondue is a delicious mixture of melted cheese and white wine. It’s described for the first time in a Zurich manuscript of 1699. It’s a typically Swiss specialty, but this course is also known since the 1950s in Savoie, in Franche-Comté (France), in Aosta Valley and in Piedmont (Italy), regions close to Switzerland. There are several varieties of fondue, made with different cheeses.

Our favorite fondue recipe is the half-and-half fondue : 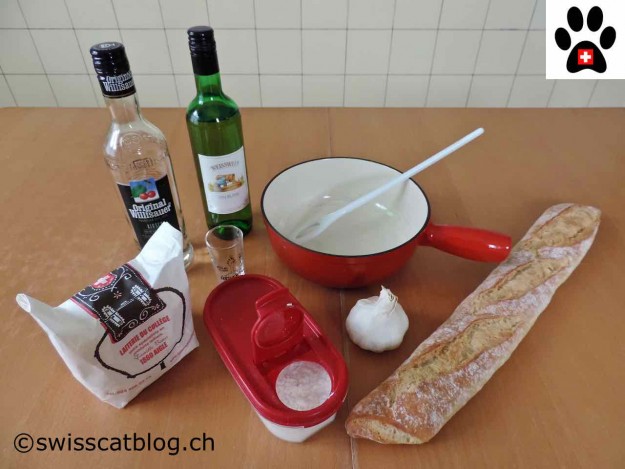 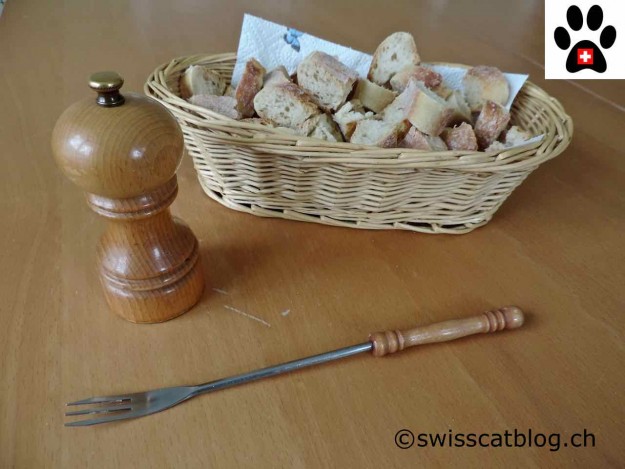 The fondue gets ready in a heavy saucepan, the caquelon. Rub the caquelon with a clove of garlic, or for a more pronounced taste, cut cloves of garlic in two parts, remove the germ and put them in the caquelon.
Begin to melt the cheese by mixing with 2 spoons of cornstarch (do not add cornstarch to this stage if you use a ready-made mixture because it’s already inside).
Add the white wine and bring to a boil.

Dilute 1 spoon of cornstarch with the kirsch and pour the kirsch in the caquelon. Stir constantly. 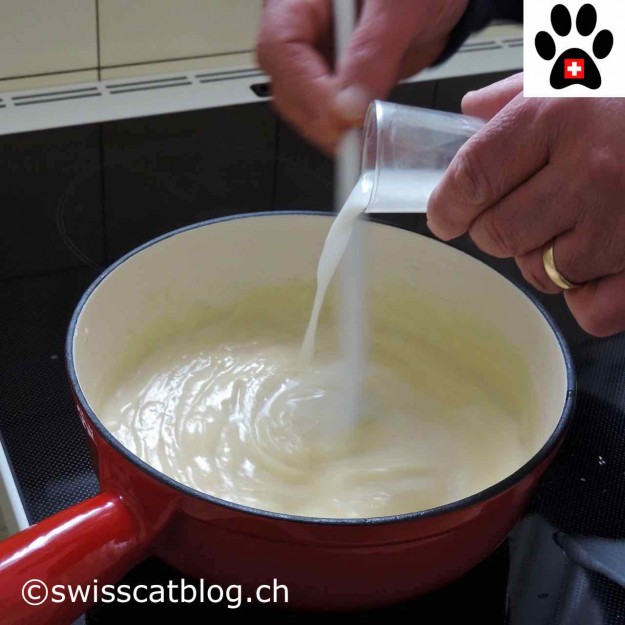 Switch off the cooker, pepper the fondue, and put the caquelon on a stove (burner or electric stove). 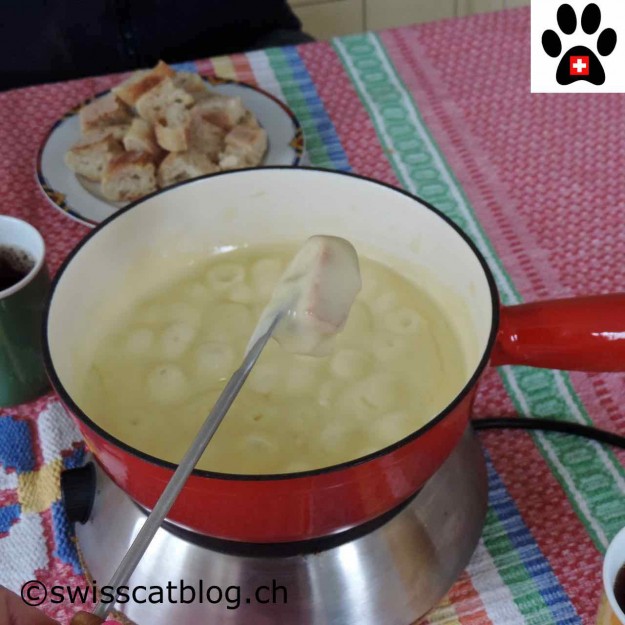 Everyone dips then a piece of bread (or potato according to the recipes) by means of a long fork with three tines. The fork is taken out again with a rotative movement that allows the cheese not to fall again and to wrap the bread well. The caquelon is put on the stove to maintain the fondue at the right temperature.

The fondue tastes accompanied with dry white wine or with hot tea. Avoid other beverages if you don’t want to have an upset tummy ! 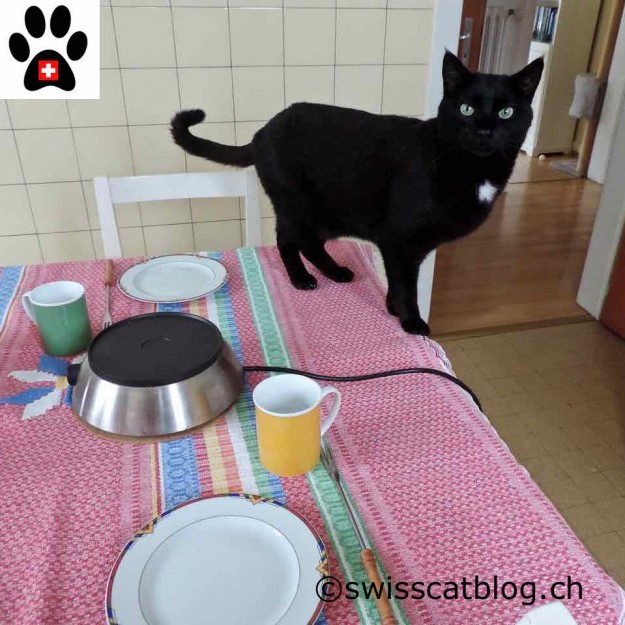 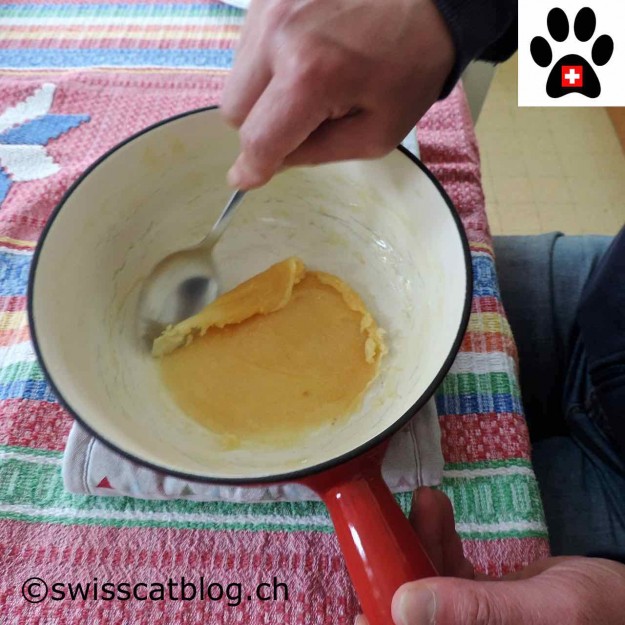 Did you already have the opportunity of eating real fondue ? If yes, do you like it ?