A fearless vole decided some times ago to build his own tunnel of Gothard (our national pride), nearby field up to our garden, by passing under the concrete border. 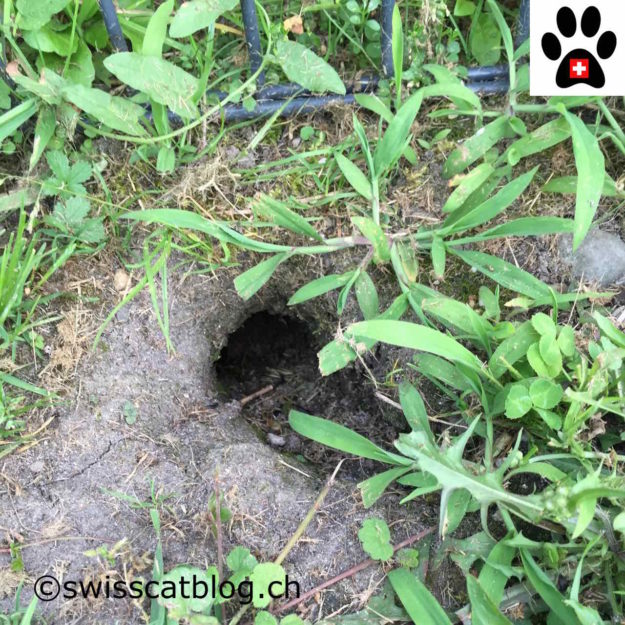 One morning, the merry road worker borrowed this beautiful tunnel. However, he had not planned customs officers’ watchful presence : us. He just manages to take refuge in the center of the bundle of hydrangea, in a place we could not reach. 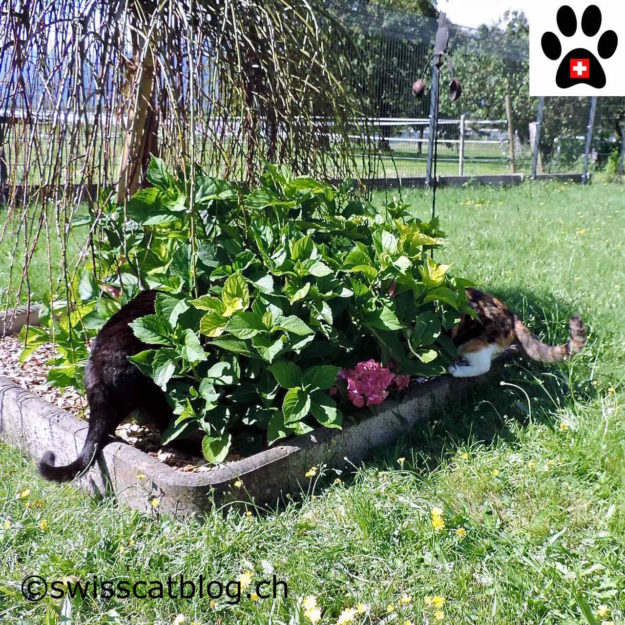 He yelled so hardly being afraid that Claire heard him through the opened window from the inside of the house and came to see what was happening ! 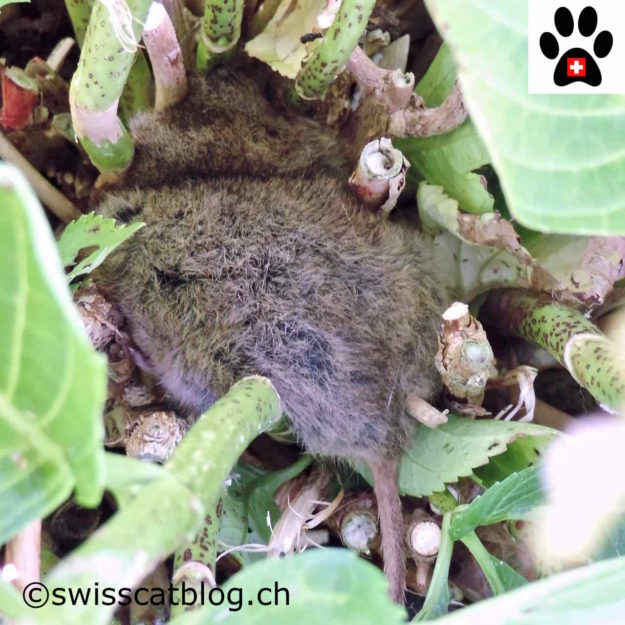 We tried everything : impossible to dislodge him from his hiding place. Then we decided to have a good nap to think about the problem.

During the afternoon, the vole escaped our vigilance and went out of his refuge. But this moron chooses to visit the garden, instead of taking off in no time by where he had come ! 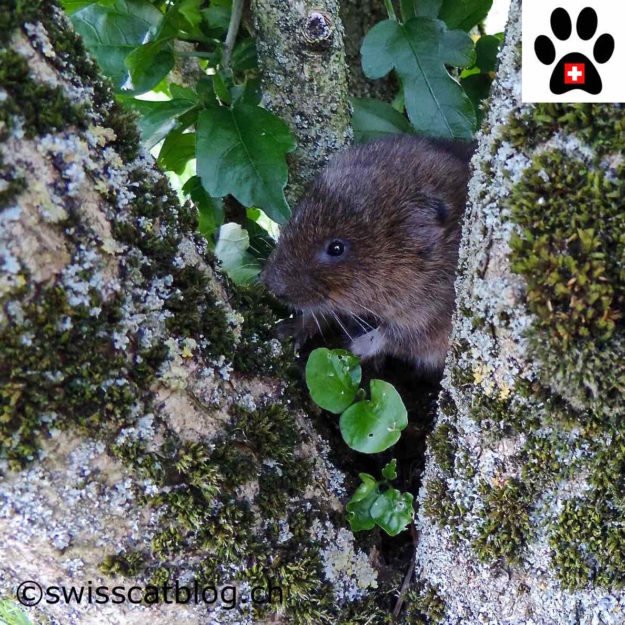 This time, we stuck him against the trunk of the hibiscus. And it’s there that Claire and Momo spoiled everything : they pushed OUR vole in a plastic bottle of which the bottom was cut, and evacuated him in the field nearby. 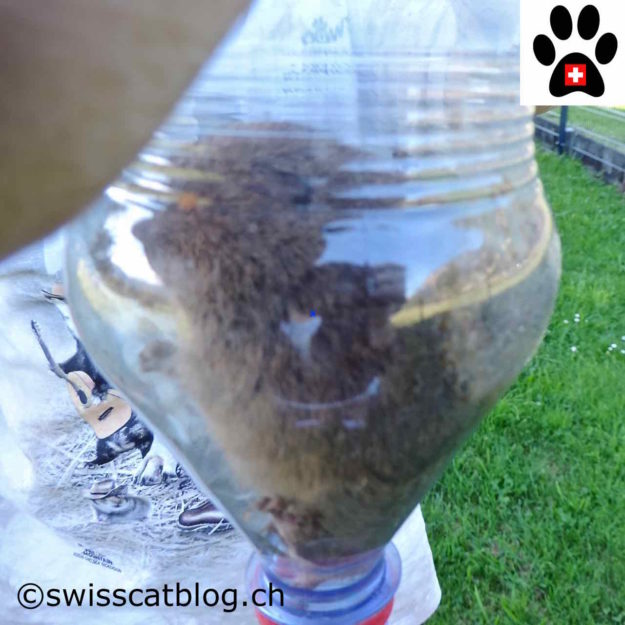 Waste of time : this stupid vole returned in the garden during the night, and next morning, Claire and Momo found a half devoured backside which they easily recognized…