Claire caught a cold on Friday and was already grumbling in the awakening on Saturday. Pixie had emptied a good quantity of litter on the stone floor of the bathroom by scratching in her box (as usual), and this is when the toilets flush decided to flow continuously. Momo had a look, he saw that he couldn’t do anything, and thus called the plumber to repair all this. The plumber told him that he would come in the afternoon.

With the soft noise of waterfall coming from the toilets, Claire began to make small Christmas cakes which she offers as a present : in the middle of the preparation, between the first one and the second bakery, paf ! Here is the food processor that begins to smoke and to smell like burning ! Our human had no choice : she had to leave quick buying an other one. Christmas cakes are going to be expensive this year !

On Caturday, it’s also household day at our home : Claire made everything in the morning while the first series of cakes cooked, except mopping, which was planned in the afternoon after the visit of the plumber. At 4 pm, the plumber was still not there. At 5 pm either. He arrived at 6 pm : is it still the afternoon ?

After this day, Claire would have appreciated a little rest. She didn’t count with her blocked nose that spoiled her the night from Saturday till Sunday, letting her sleep only 3 hours.

After the adventures of Caturday, Sunday, rainy and cold, was much more quiet for everybody… 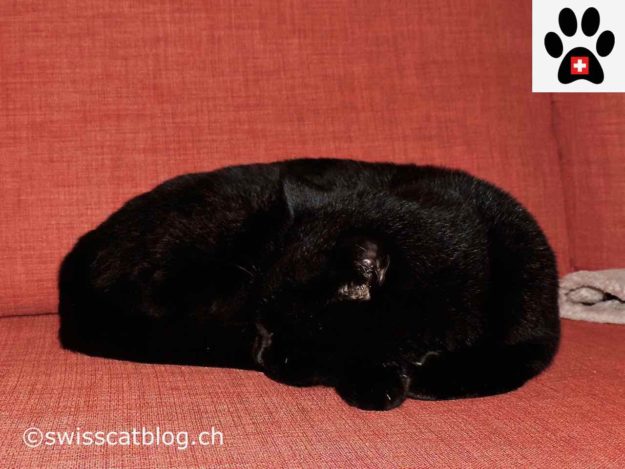 Reminder : last call for the Holiday Card Exchange of the Cat Blogosphere ! 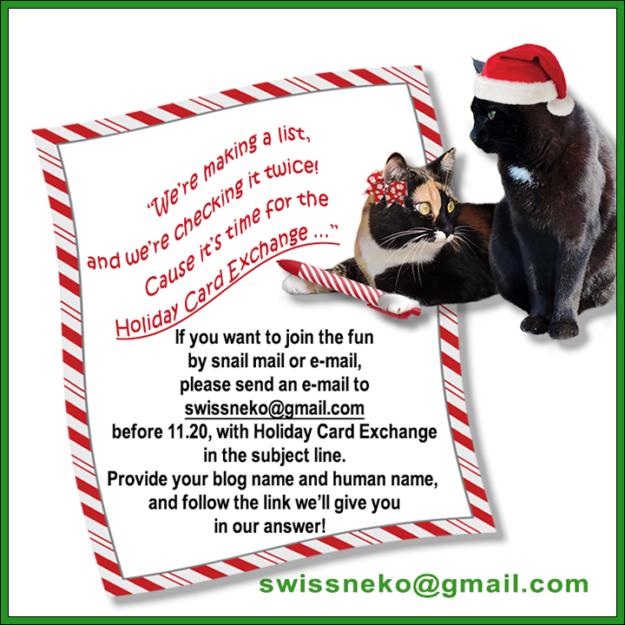