Best wishes for 2019 ! We wish you good health first, because when health goes, everything goes, and then a lot of joy for this new year. 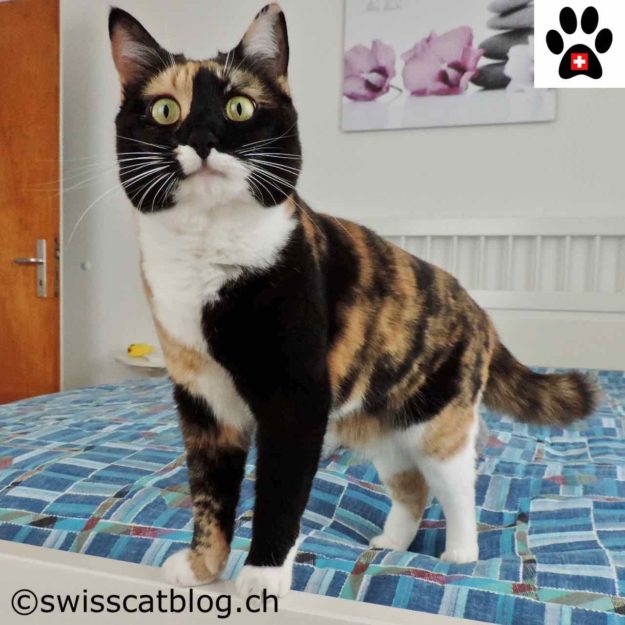 To start the year, we offer to one of you a calendar (24×22 cm / 9.4×8.6 in) presenting 12 beautiful landscapes of our beautiful Switzerland (deadline for entering : Sunday, 6 January). Good luck !
a Rafflecopter giveaway 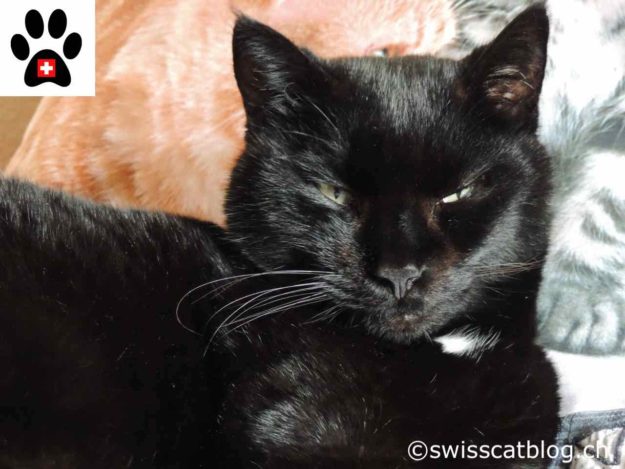 Claire began the year by following a very useful course about first aids for cats in January : what equipment to use, how to make a bandage, … you never know !

In February, Zorro celebrated his 5th Gotcha Day. Thanks to you, his commentathon was a real success !

The most incredible of the news fell in March : we were finalist for Nose-To-Nose Awards ! It was an nice present for Pixie’s 4th birthday.

At the beginning of April, Claire had the great pleasure to visit our friends of the Poupounette Gang. She did not know at this moment that she would not have any more the opportunity to see again gentle Tommy who left us on Thursday…
Momo underwent a surgery again, and we hope this time that it will be the last one !

In May, the traditional flower market of the village officially opened the gardening season. Pixie celebrated her 4th Gotcha Day, and we really had a big fright at this moment : a technical problem removed more than 10’000 comments of our blog, that’s all the comments from 2016 till May, 2018 !! Fortunately, the technical team of our host was able to help us quickly to get back everything.

Claire made an extraordinary school trip in June at Emosson : magnificent panorama guaranteed !

All the kitchen was unsettled then built up new in July ; fortunately that we could be quiet in the garden during the works !

All summer was scorching, and it was thus very hot for Zorro’s 6th birthday in August.

At the end of September, Claire had the opportunity to meet Sandra, the human of Frodo, Zulu, and Amarula (Hairballs and Hissyfits).

A magnificent autumn succeeded summer, and Claire and Momo were able to take advantage to have still numerous walks in October.

In November, we began to prepare the holiday season and our greeting cards.

December arrived without we saw it coming, with its Christmas markets, its Secret Paws and its presents. 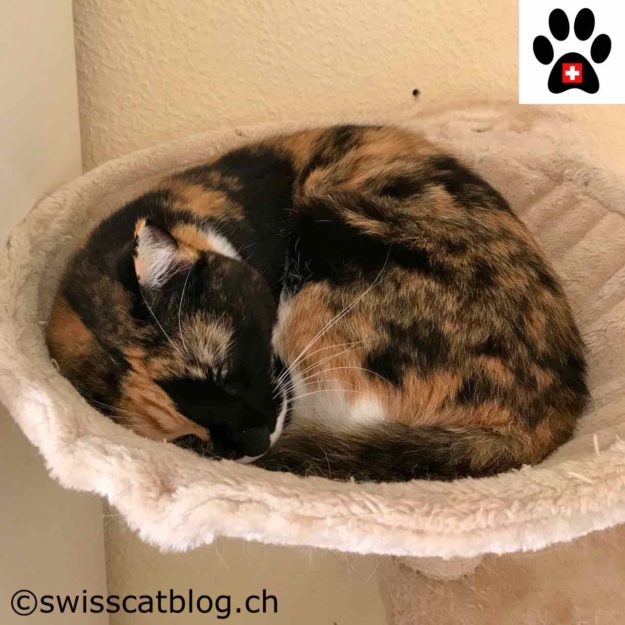 The last day of 2017 was magnificent : we were able to enjoy the garden with Claire and Momo. I watched then 2017 going away… 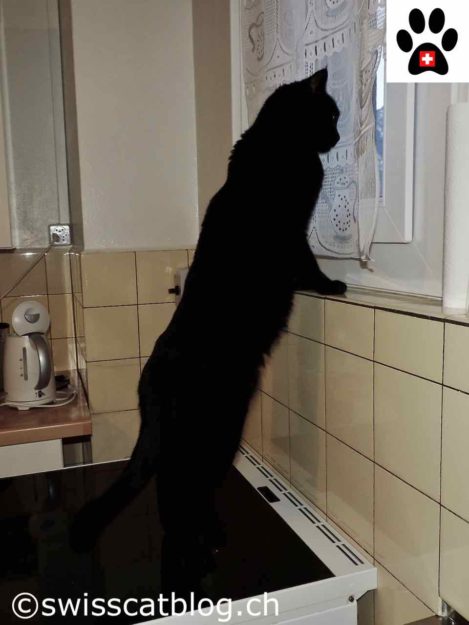 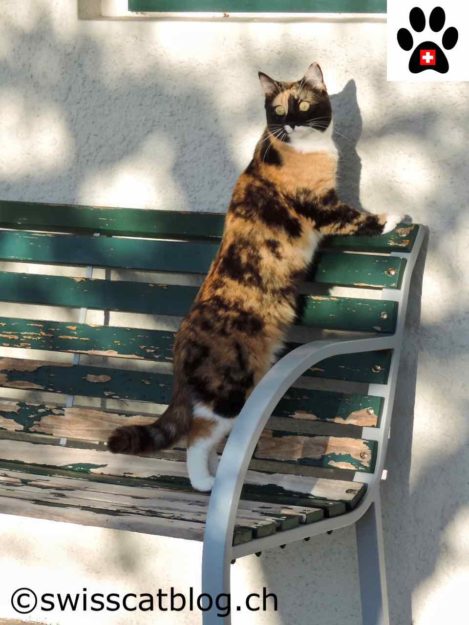 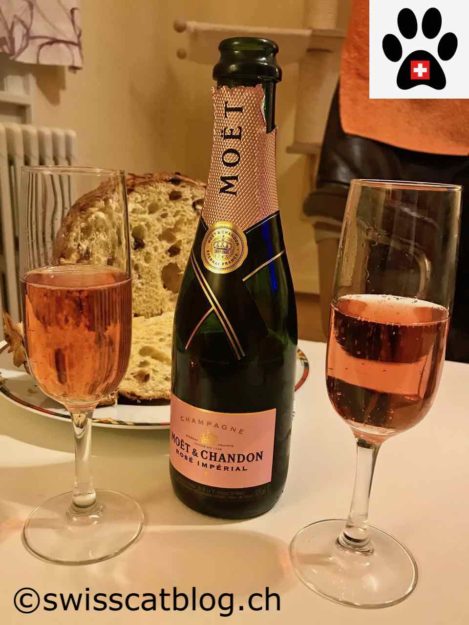 We wish you happiness and health for this new year which we’re looking forward to spend in your company. 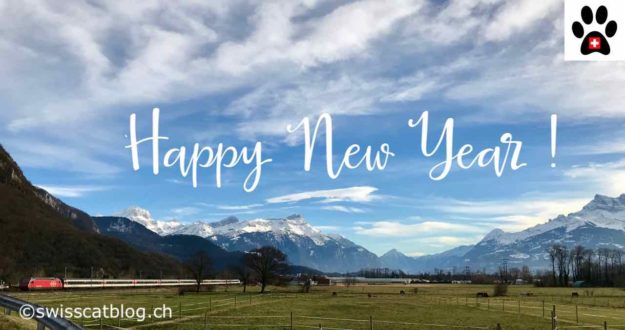