How to bandage a paw ?

If there is a small wound, you need to clean it if possible, to disinfect it, and to put a compress on it before making the bandage. 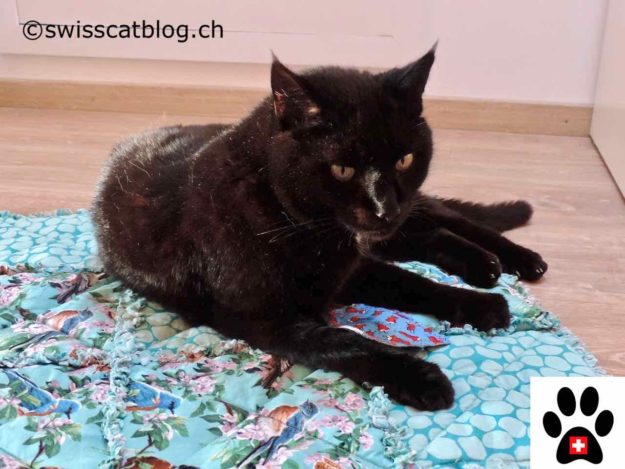 An about 2m band (6.5 ft) is needed to bandage a cat paw. Any bandage begins with a holding turn to hold the beginning of the band in position. For a paw, the holding turn is made under the joint.

Our friend Fluffy kindly agreed to help us to make this video :

To wrap the paw well, diagonals will be slightly moved, what will reveal a chevron motive on the bandage. 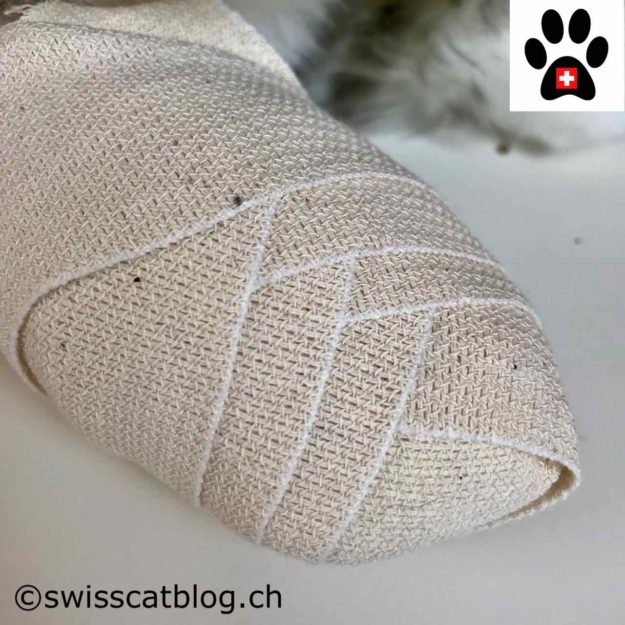