How to bandage an ear ? 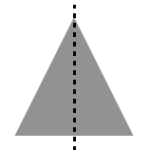 Before making the bandage, put a compress bent over backwards into the auricle to prevent the blood from passing inside, and if possible clean and disinfect the wound before putting a compress on it. Fold the wounded ear lengthwise and stick her on the top of the skull.

An about 2m band (6.5 ft) is needed to bandage a cat ear. Any bandage begins with a holding turn to hold the beginning of the band in position. For an ear, the holding turn is made on the forehead and passes in front of ears and on the bones of the jaw.

Zorro agrees to present this bandage, but without the compress in the ear :

This bandage is also suitable for dogs with straight ears. For a dog with floppy ears like our friends Tommy ou Bentley, don’t fold the wounded ear at the very beginning of the bandage, but turn it flat over on the top of the skull.