Today, we have chosen to introduce you to the profession of veterinarian to celebrate World Vet Day.

In Switzerland, the future veterinarian has to pursue university studies for 5 years at the Vetsuisse Faculty ; he has the choice between two sites, the University of Bern or the University of Zurich. After his diploma, the veterinarian becomes an assistant for a few years at an experimented veterinarian or at the university, to acquire some practical experience and begin to specialize. He can exercise his activity in an independent way in all Switzerland, through a cantonal authorization.

The largest number of the veterinarians have then their own practice and take care of the health of pets or farm animals ; this aspect of their profession is moreover the best known by the general public. They also advise the owners of animals on the questions of detention, breeding, as well as food.

But a veterinarian can also work in other domains : food safety, animal welfare, research, teaching to the future veterinarians, or still postgraduate of operational veterinarians, the list is not exhaustive.

The knowledge quickly evolve in the field of the health ; the training of a veterinarian is never ended, he perfects himself non-stop. A variety of choices are available to do it : doctorate, continuing education, additional training (physiotherapist or osteopath for example), specialization (particular species, exotic species, pathology, alternative medicines, behavioral medicine, laboratory, …)

Veterinarian’s job is finally a highly varied job, which allows every veterinarian to find what he’s looking for according to his skills and to his interests.

We would never have imagined that so long studies were needed to treat us, cure us, and stick us a thermometer you know where !

Many thanks to our veterinarian Christophe and to all his team at the Cabinet du Molage !

In our relationship, it’s always Pixie who comes to get hugs or asks me to give her a bath.

I gladly do it : I start with the ears…

… I continue with the top and back of the head…

… but sometimes I get a little excited, and my approach looks more and more like a wrestling match.

Pixie tries to break free, I get clutchy, she squirms, and finally, it ends like this !

Do grooming sessions ever turn into wrestling at your home ?

Recently, Claire suspected me (inequitably) of having fleas. All this because I scratched myself with too much insistence. Me. Pixie.

I was very hurt, and I went to hide under my front-roof. Claire is stubborn, she inspected with a magnifying glass ALL our beds and ALL our baskets in the house, and petted us against the nap, almost deloused like little monkeys, to see if she found a track of these parasites. Nothing at all. 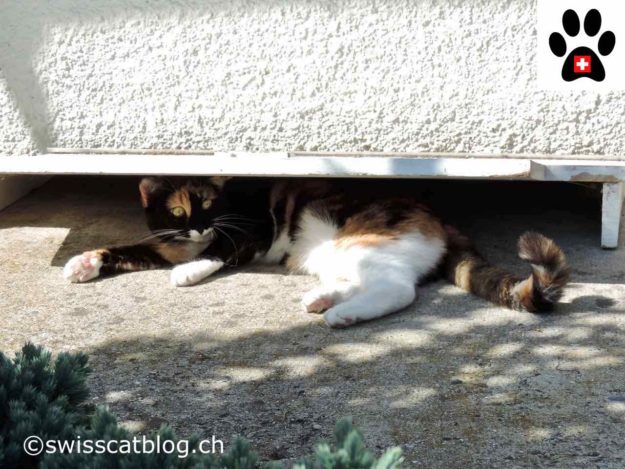 As she’s a big follower of the precautionary principle, she has implemented the last natural trick she discovered : diatomaceous earth. She learnt recently that it was great and harmless to fight against fleas.

What is diatomaceous earth ?

The amorphous diatomaceous earth (dioxide of silicon) consists of very sharp marine microscopic fossils of seaweeds. It has an insecticidal action and without side effects ; strongly abrasive and drying, diatomaceous earth attacks the shell of numerous parasites and crawling insects which empty of their humidity and die by desiccation. It’s necessary to use it with caution because it can irritate eyes and respiratory tracts. It’s harmless for animals in case of licking.

How to fight against fleas with diatomaceous earth ?

Sprinkle beds, baskets, sofas, carpets … diatomaceous earth to clean them up. Avoid putting it too much, and distribute well uniformly. If possible, tap to bring down the surplus of powder. Let act a few hours before vacuuming.

Mix ingredients in the bottle. Spray beds, baskets, sofas, carpet,… Once dry, tdiatomaceous earth finds all its properties back.

Diatomaceous earth can also be used for dogs and birds. It also allows to fight against unwanted insects in the house.

Did you already know this natural way to fight against parasites ? 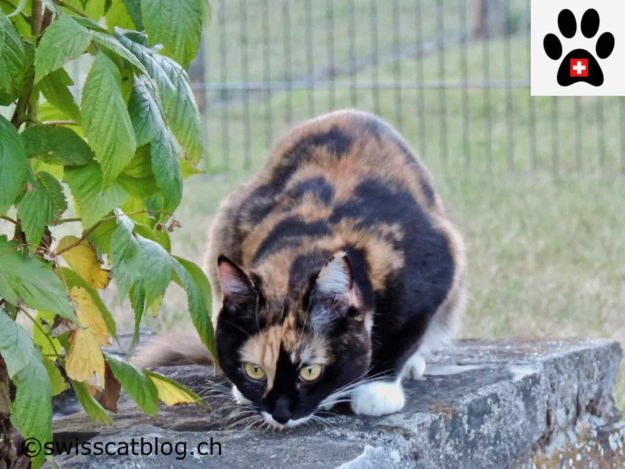