Our oil-fired boiler decided to give up the ghost after 24 years of good and faithful service. It has been a long time since it hiccupped and stopped, and it took always more and more time to start it again.

Claire and Momo thus decided to abbreviate its sufferings before winter : a cold shower in summer is funny, but less in winter… We don’t know if there is a Rainbow Bridge for boilers, but it deserved well to go there.

The week was rather hectic, because it was necessary to disassemble the old boiler, to empty and to remove the fuel oil tank, to install the new gas boiler, the new water heater, and new pipes. All the doors allowing to reach the basement were carefully closed ; we had to stay either in the garden, or inside, throughout the day : scandalous ! 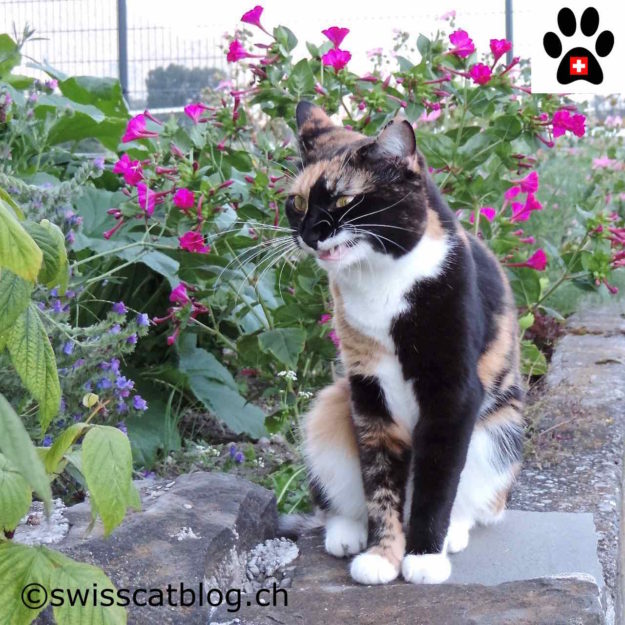 The works lasted one day furthermore than planned, because “somebody” forgot to ask Claire in which place she wanted to place the water heater. Everything was linked, ended, ready to work. Claire needed less than one second to do the stinky eye and to express what she was really thinking. And the next day, the water heater was moved at the right place…