Two weeks ago, Claire followed a training about cat feeding. This training was given by Philippe Bocion again, a behavioristic veterinarian.

Feeding correctly a cat seems so easy, and nevertheless that can be so much complicated ! 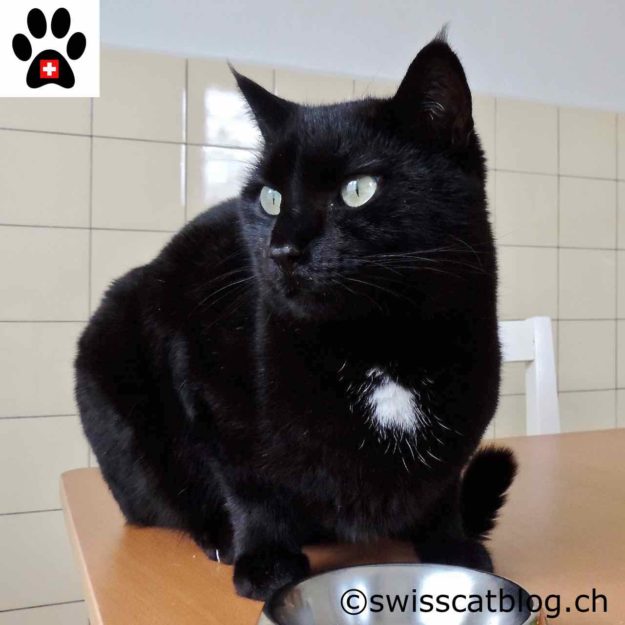 Cats are strict carnivores. They need a lot of proteins, lipids, and little (even no) carbohydrates. It’s necessary to know that cats use first their proteins to produce the energy they need, while humans for example use first carbohydrates, then lipids.

Several nutriments that cats need are only in animal-derived food, food which have a digestibility and optimal biological values for them. These key nutriments must be brought by food in quantity and in proportion adequate according to the sex, the age, the activity, and the health of the cat.

How to read the label of a commercial food ? 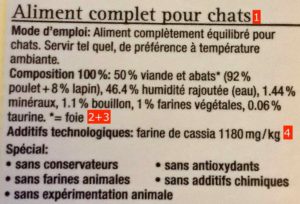 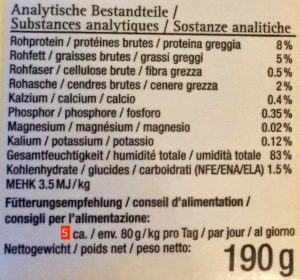 Both the lack and the excess of a nutriment are extremely fatal in short, average, or long term !

The damage on the body already show after a few weeks, or on the contrary, declare themselves after several years, and are often irreversible.

As the majority of our meals are home-made (raw feeding), Claire was extremely attentive… and she did well : she discovered that our ration of calcium was a little bit insufficient, and that therefore, the ratio calcium / phosphor of our food was not optimal. Fortunately, the difference stayed in an “acceptable” zone, but it’s something she corrected at once to guarantee our good health on the long term : she uses now a complement to be added to some only meat for one of our meals, and slightly increased the proportion of bone in the others.

We’ll tell it you more about food balance in a next article !

Have you already entered our giveaway ?