Some of you asked me : yes, it’s the Easter rabbit for which I watched on Wednesday indeed ! 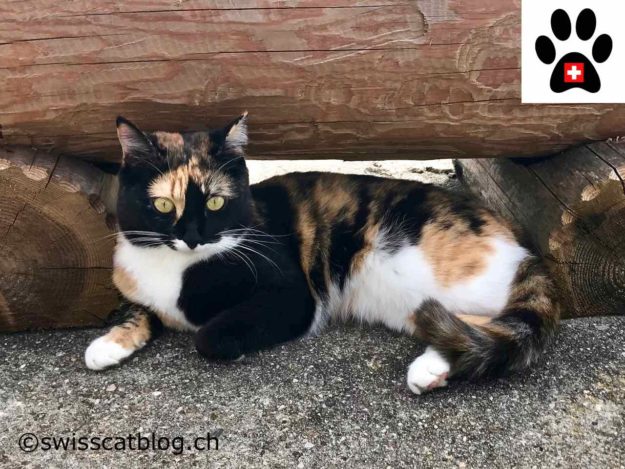 He visited us this morning, and left something for the humans : 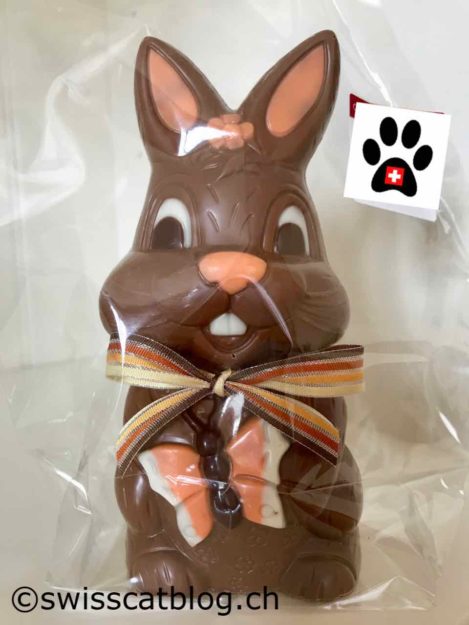 The tradition of dyed eggs for Easter is common to many countries, but here we also have another tradition that features eggs : egg tapping.

We play with hard-boiled eggs, before eating them, and rules are very easy : every player holds his egg in his hand and bangs it against the egg of another player to try to break the shell of the opponent, without breaking his own. The players agree to collide eggs summit against summit or base against base. The one whose egg breaks has lost. 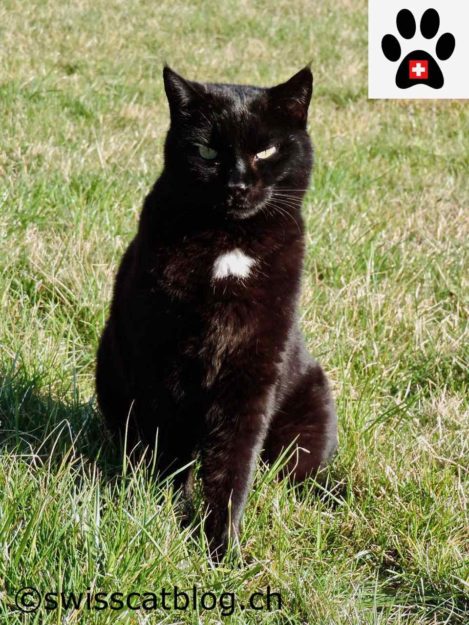 We found a video of this fascinating game in which one you can also hear some Swiss-German dialect of the canton of Zürich. For those who speak German, can you understand this charming presenter ?