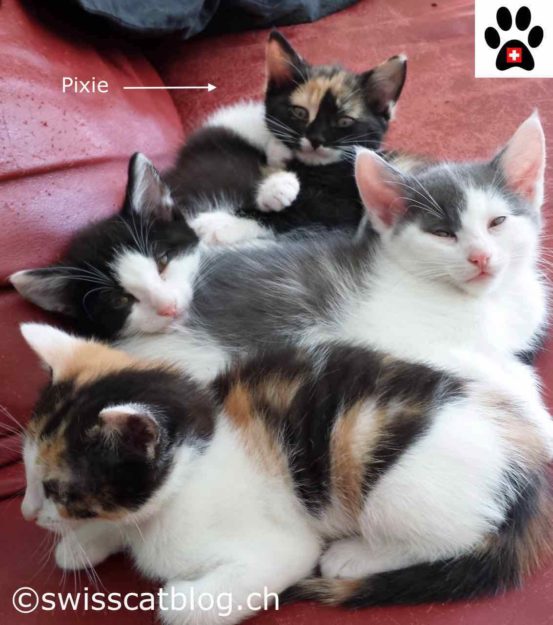 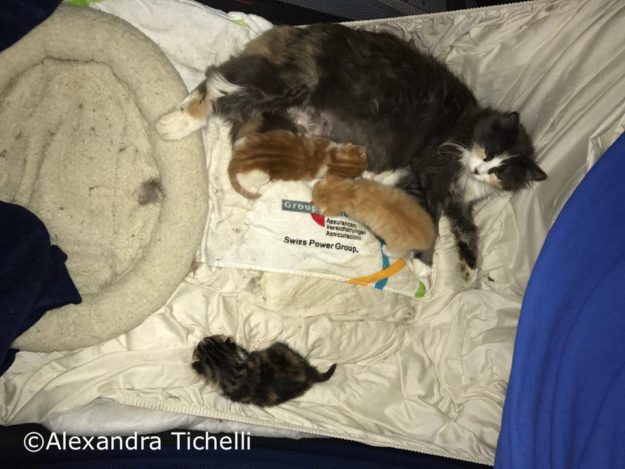 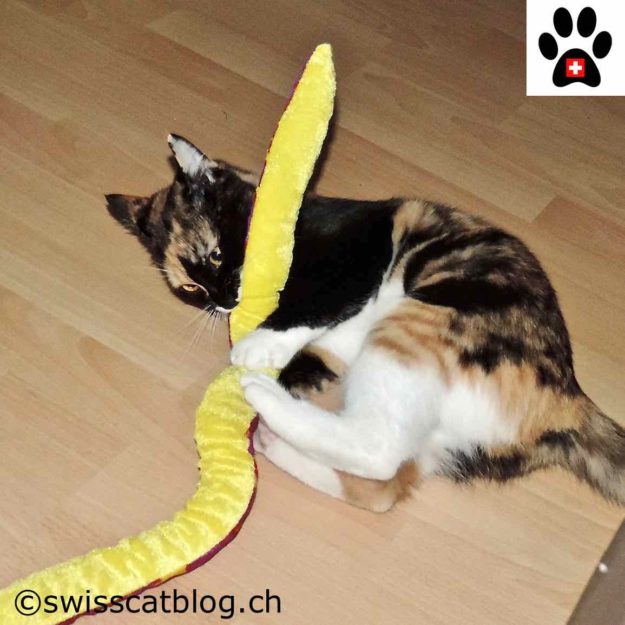 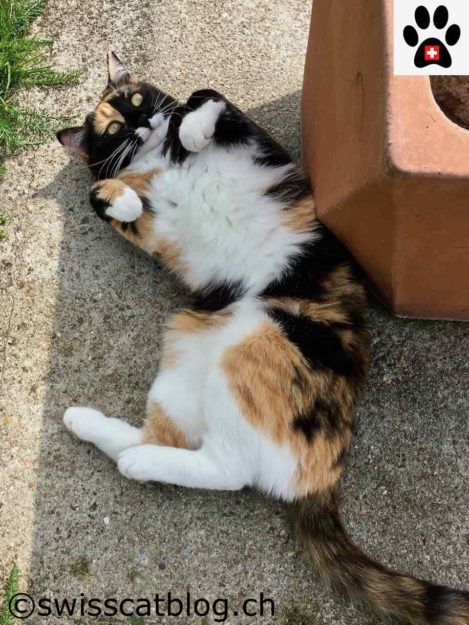 We dedicate this article to the humans who accompany the orphan kittens in their development.

The main behavioral learnings are made during the first months of life of the kitten. The first weeks are the most important in his development, we evoked it in our article about the development of the cat’s behavior.

Within three months, the weight of his brain quintuple and reached the weight of the brain of a grown-up cat ; the number of nervous connections multiplies, and those who are stimulated will be kept according to what experiments the kitten while the other will disappear.

Some periods are more convenient than others to the fundamental learnings, but they are often short. The kitten learns by observation (hunting for example), and by imitation (he does at the same time : if his mom shows herself sociable with the humans, he will do the same).

The phases of the kitten’s development about which we speak today are the prenatal phase and the neonatal phase ; the phase of socialization and the puberty will be the object of another article.

The cat is expecting youngs ; the gestation lasts between 62 and 65 days. Our kitten is not born yet, but the living conditions of his mom already have an influence on him :

That’s it, the kitten is born ! This phase lasts from the birth to the opening of the eyes. When he’s born, the kitten is deaf and blind. His eyelids are stuck, and the canal of his ears also. He spends the big part of his time sleeping, and the little remaining time sucking. He’s completely dependent on her mother.

It looks like this small kitten doesn’t do much, but during his sleep, his hormones are hyperactive : his nervous system and his sensory system undergo big upheavals, all his body is in perpetual evolution. It is thus extremely important not to wake him while he’s sleeping, because sleep is essential in his good growth. 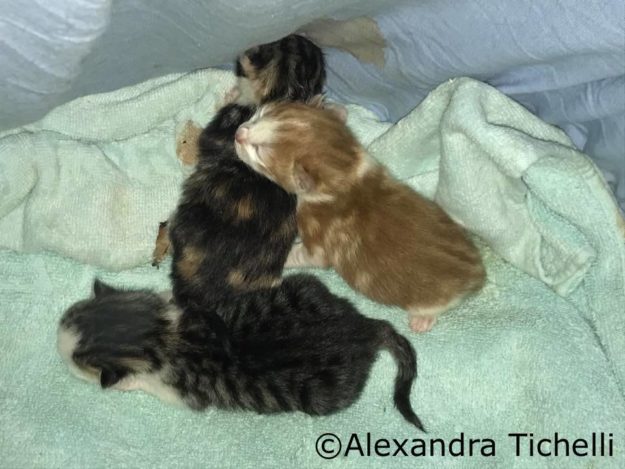 The young kitten is capable of crawling and of turning to a source of heat, but doesn’t still manage to regulate his physical temperature. The sucking and rooting reflexes are instinctive : the kitten sucks as soon as he has something in the mouth, and as soon as the head meets an obstacle, he pushes it. He thus stimulates the milk production so by leaning on his mom’s belly. And he chooses his favorite teat ! The kitten cannot relieve himself spontaneously yet : his mom has to lick his perineal area after every meal to stimulate the micturition or the defecation.

The cat takes at once to his youngs, and the youngs takes to their mother after a few days. This privileged and exclusive link is reassuring : it favors the exploration of their environment by kittens while the dependence led by the same link of attachment prevents them from going away too much. As soon as a kitten is too much taken away from her mother, he shows signs of stress and ill-being. The momcat present signs of concern also and does everything to get him back to the nest. She calms down only when she is sure that all her babies are present. Exception made by deaf cats, any cat will answer the cries of distress of a kitten. 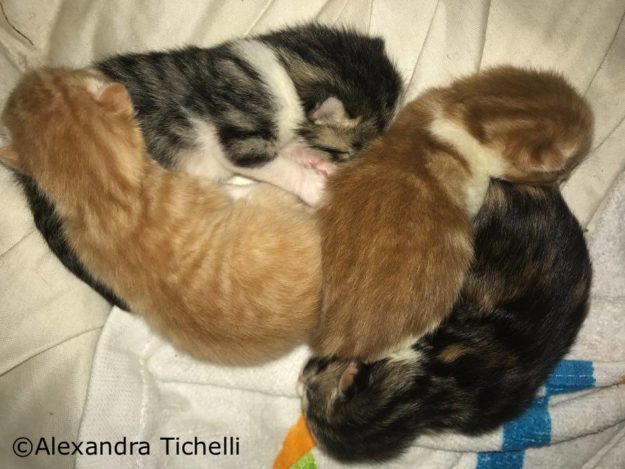 The eyes of the kitten open between the 2nd and the 16th day. He hears from the 5th day, but his ears open only between the 10th and the 15th day. We’ll see him beginning to sit down towards 12 days, to walk towards 17 days, and to scratch himself the ear with the back paw towards 21 days.
How is the kitten going to keep evolving ? What learnings does he still have to do ?
We’ll tell you everything in our next article ! 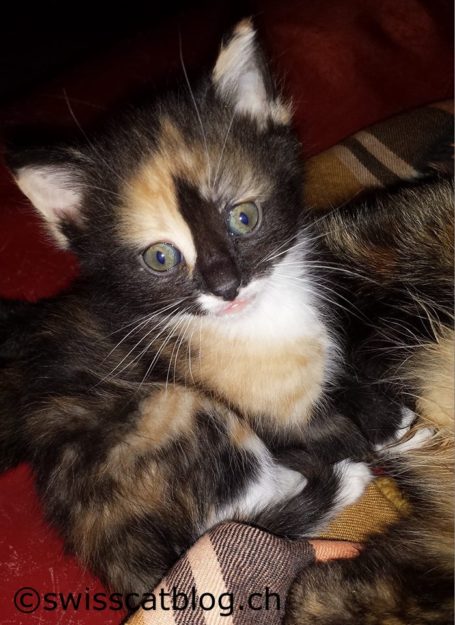 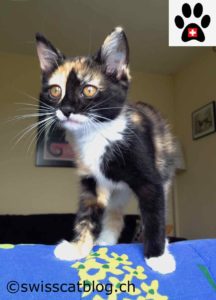 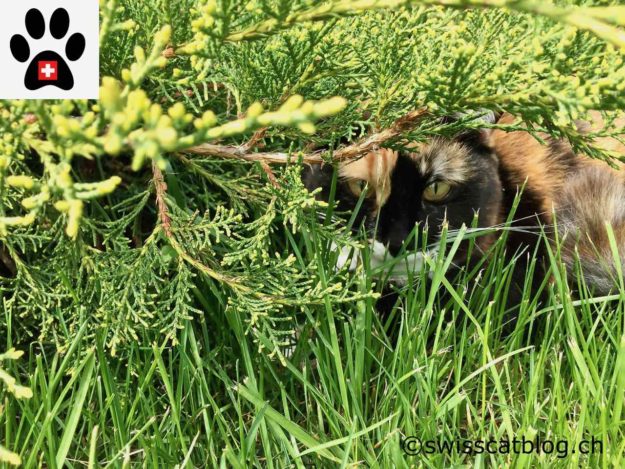 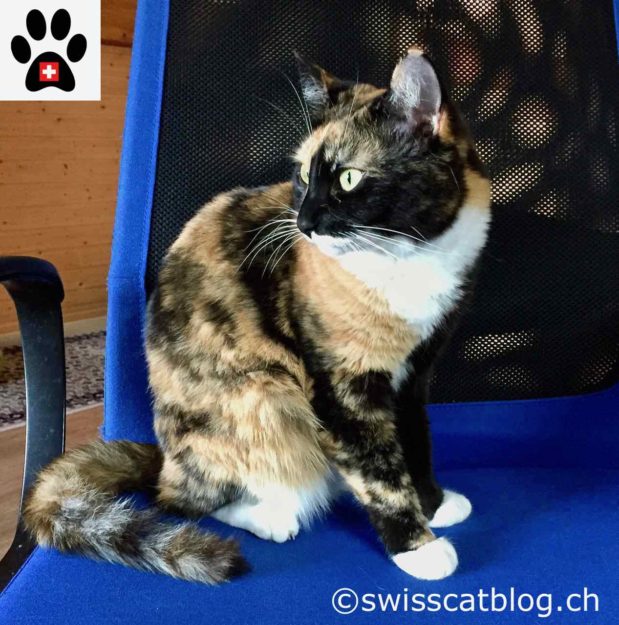 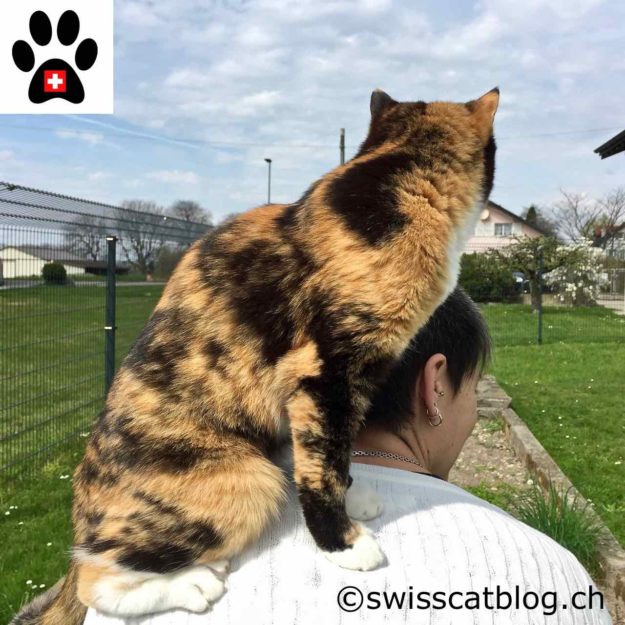