I had so much fun on the course that Momo made for us that I almost forgot to show you the photos !

Our humans learnt as toddlers not to play with food, but us, cats, learnt exactly the opposite with our mom : you’ll see, there are several reasons for it.

PIXIE : This day, I was very proud, because I had caught this bird alone ; Zorro watched my activity by far, but did not intervene. When Claire took photos, I had already begun my dance of victory.

Why does my cat play with his prey ?

Because he does not know how to kill her

An indoor cat since several generations has doubtless never seen another cat killing a mouse or a bird previously. He will play to hunt and to catch a toy in movement, and will be thus capable of catching a real prey, but might not know how to kill her because he has never learnt how to do it. 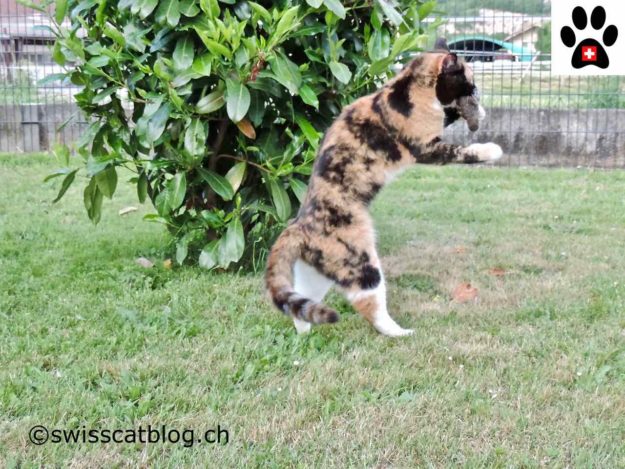 Cats capture and immobilize their prey with their claws, then kill it by a bite in the nape of the neck which splits her spinal cord. To do it, the cat has temporarily to release his prey from his claws and approach his snout. When his snout is at a distance of no more than a whisker of the prey, the cat cannot see her any more, and he is at risk of a wound to eyes, nose, or mouth. Any prey will seize the slightest opportunity to run away or to defend fiercely her life by bitting (rodents) or by pricking (birds).

What humans take for a game is in fact an instinctive way for the cat to tire and to disorientate a prey : pawing her, throwing her in the air, catching her up, and beginning again… But if the cat is too much in a hurry and approaches too early his snout to bite, he risks to be hurt.

Often, the game breaks off : the cat goes away a little and seems to lose interest in his prey. He is in fact verifying that he can deliver the fatal bite. Indeed, it happens that a prey plays the dead, or does the exhausted animal : if the prey tries to escape, the cat will be near enough to catch her up, and the game will start again, until he is sure that he can kill his prey in complete safety. 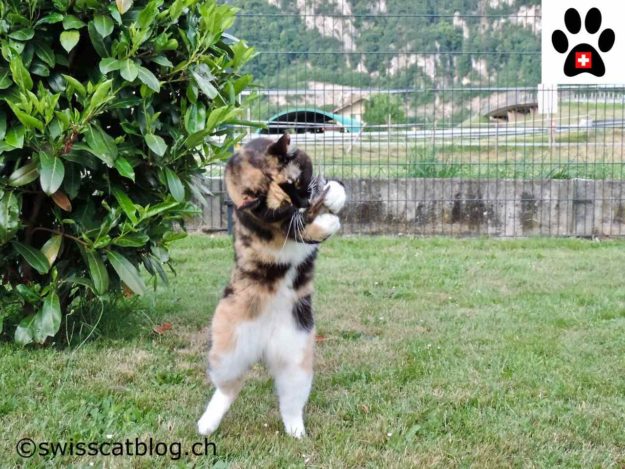 Because it is funny

Playing is also a way to relieve the tension of the hunting. 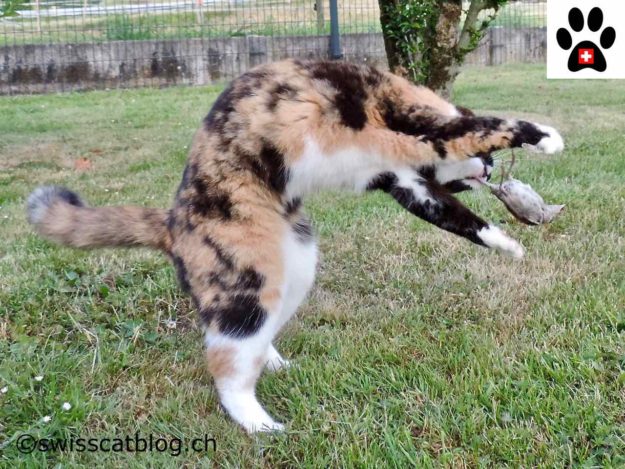 PIXIE : I don’t know how to kill ; when I saw that my bird was ready, I gave it to Zorro so that he kills it and eats it. My mom taught me that you should not waste food, and I believe it’s a rule that we have in common with our humans, am I right ?

Snow, cold, cold, snow, … We go out less, and there is not much to do : nature and small tiny creatures are in slow motion. 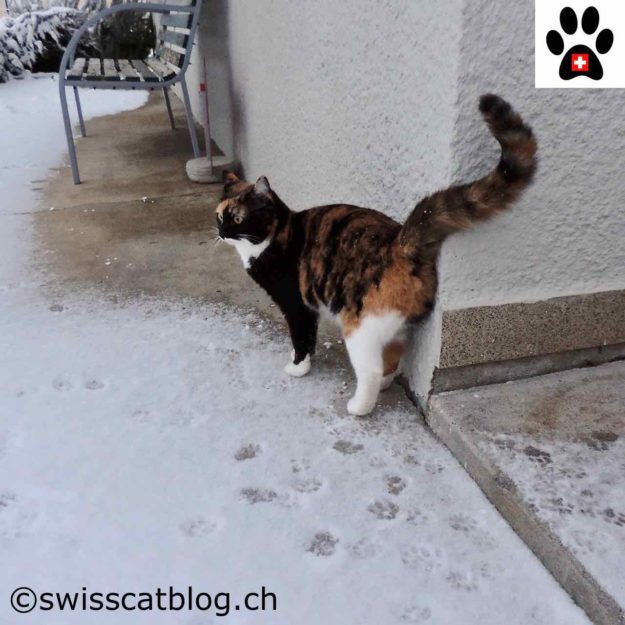 For an inside only cat, the wintry weather doesn’t change his everyday life a lot, but for cats who can go out in the garden as us, it has a big influence : we have fewer things to watch, and fewer preys to hunt. We sleep more to spend time, and Claire pays attention to play more often with us : indeed, we tend to get into mischiefs or to play fight slightly too often to occupy us ! 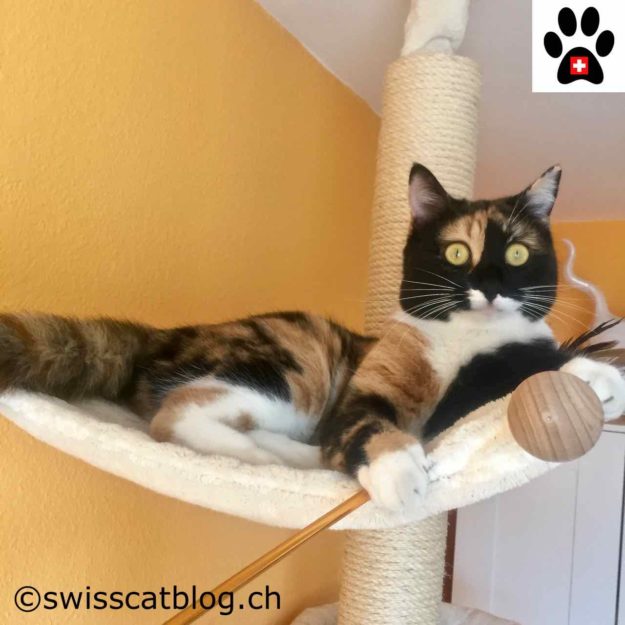 How do your cats react to the wintry slowing down ? Do they tend also a little to be bored, and to show themselves creative to keep busy ?