It was not easy for Claire to help us write this article because 2014 was a difficult year that has not really well ended. 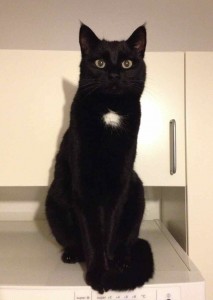 January
Zorro participates in a photo contest. The competition starts at the beginning of the month, but he enrolls only on 19th … He gets a very good result in less than a week being placed 3 voices after the top ten winners.

February
Zorro celebrates his first Gotcha Day. The Swiss Cats discover the store Aniland, and thanks to the generosity of Ludovic, we can organize our first giveaway and realize our first product review ! 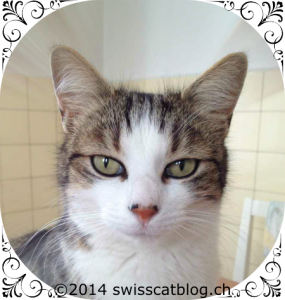 March
Sad month : an icicle falls from a roof and brakes the windshield of Claire’s car, Momo tears his calf and must spend some time at home (for the delight of the cats), and finally Loupi is hit by a car on March 28th in the afternoon and is euthanized on 29th evening. He would have been 6 years old on April 28th, 2014. Claire and Momo decide after this to call a specialist to build a garden enclosure.

April
Zorro distinguishes himself : he disappears from Saturday 12th to Thursday April, 17th and thus earns the right not to go out as long as the garden will not be secure. 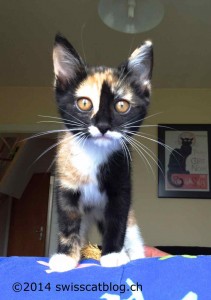 May
After three weeks of seclusion, Zorro comes back in part of the garden secured by a pretty enclosure. On May 24th, Pixie joins the family. She’s two and a half months old and weighs 900 grams.

June-July
Summer is awful, cold and rainy. Claire has a trip to England to meet the human of our Australian friend Mr. Bumpy. Pixie the clown grows up and is lovingly educated by Zorro. He gives her the birds that he hunts for training with and playing for a moment before he resumes and eats it … 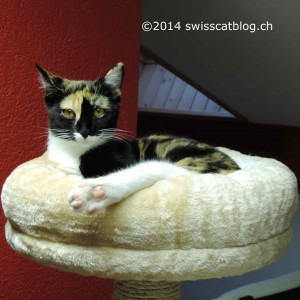 September
Pixie is almost 6 months old. She has grown up and now weighs 2 kg 300. She’s spayed on September 10th, and all goes well. She has a strong character, and it seems that it is finally her who dominates in the relationship with Zorro. 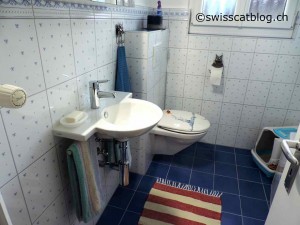 October
This is the month of the bathroom ! After 10 years of waiting, it’s finally renovated !

November
Momo celebrates his half century. Do you think he met the dinosaurs when he was young ?

December
This is the most horrible month of this year : Momo has a very serious car accident. At the time of writing, he’s not even in a « normal » room at the hospital, and he’s going to spend many weeks before he comes back home.

We thank you for having shared these moments with us, our enjoyments and our sorrows, by reading and by commenting on our blog. Thank you for your friendship, thank you for being part of our life, and see you next year ! 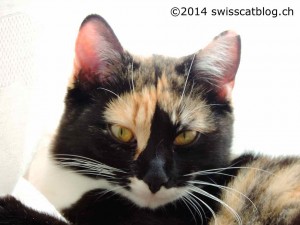 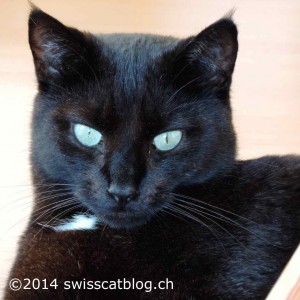